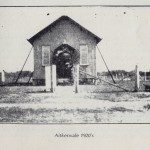 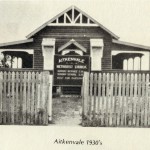 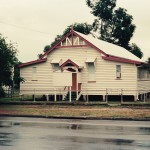 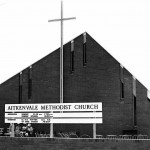 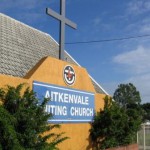 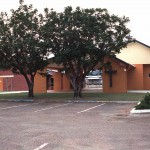 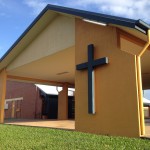 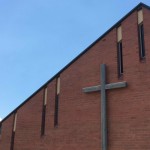 The Aitkenvale Uniting Church has been a place of community for over 130 years.  It began at a time before television and radio – when Sunday School picnics were big community affairs and children spent a lot of time at church singing and playing games.  Women often spent time baking to raise money for church projects and only men would ever give a Sunday sermon from the pulpit.  Throughout the decades, the church has adapted to meet the needs of the changing culture and has grown along with the town around it.  At one time there was a sheep paddock located next door.  The surrounding area is now one of the busiest shopping districts in Townsville.

Before the creation of the Uniting Church in Australia, the Aitkenvale church was a part of the Methodist denomination.  Rev. W. B. Mather was the first Methodist minister appointed to Townsville in 1876.  Upon his arrival in the 12-year old town, Rev. Mather found a number of Methodists that had already been meeting for about 3 years.  In April 1877, this congregation opened a small wood church, 20 by 30 feet, at the corner of Stokes and Wills Streets in the downtown area, the site of today’s Central Uniting Church.  As church membership grew, many people had to travel miles to get to church, so the congregation decided to expand into the suburbs.  Churches opened in South Townsville in 1884, Aitkenvale in 1885 and West End in 1886.  A horse, saddle and bridle were purchased for the one minister that would serve all four of these congregations.

The first building of the Aitkenvale Methodist Church was erected in 1885 at its current site.  It was a small hall that was sufficient to serve the small congregation in an area that was considered to be ‘the bush’ rather than a true part of Townsville.  At that time, Aitkenvale was just being divided into ¼-acre lots for sale.  Growth of the area was sure to follow.

This hall was used until 1896 when cyclone Sigma completely destroyed the building.  Church services were held in homes for many years afterwards until 1914, when a new hall was built.  During World War II, services were once again held in private homes as the Royal Australian Air Force occupied the building at a rental of $1.70 per week.

As the Aitkenvale area rapidly expanded, the church grew considerably and by the 1950s, it was envisaged that a new and larger church would soon have to be built.  In 1959, the old church building was moved several metres to make room for a new and larger structure.  In 1971 a new building, seating 230 people, was officially opened.  Renovations were made in 2002, and this building is still used by the church today.

Perhaps one of the most important community services of the Aitkenvale church was the key role it played in the establishment of a Lifeline centre in Townsville in 1975.  Lifeline is a telephone counselling service that was started in 1963 through the Methodist Central Mission in Sydney.

One can only guess how many cups of tea and glasses of cordial have been consumed on the church grounds.  By now, it would surely be in the thousands – if not the millions.  The Aitkenvale Uniting Church has been a place of fellowship, growth and encouragement for a very long time.  God-willing, it will continue to serve the community in a relevant way for many more decades to come.

9.00 am Service of Praise (Holy Communion 1st Sunday of the month)

Our services continue to be live-streamed. See our Service Times page under ‘Gatherings’ in the main menu for more information.

If you would like to give financially to the work of the Aitkenvale Uniting Church, you can now donate your offerings through our secure giving site. Just click on the green ‘Give’ Button below.

Stable on the Strand

Bible verse of the day

Look at the birds of the air; they do not sow or reap or store away in barns, and yet your heavenly Father feeds them. Are you not much more valuable than they?
Matthew 6:26
DailyVerses.net

Bible Verse of the Day

Look at the birds of the air; they do not sow or reap or store away in barns, and yet your heavenly Father feeds them. Are you not much more valuable than they?
Matthew 6:26